What could El Niño mean for your Winter Fuel Delivery in 2015??

What could El Niño mean for your Winter Fuel Delivery in 2015?? 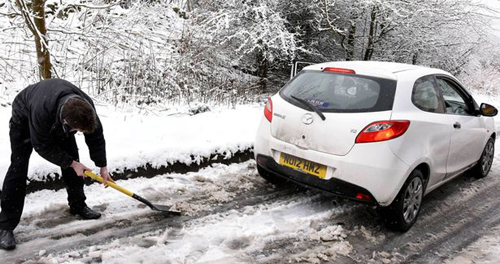 Weather conditions are always worse throughout the winter months, which can lead to disruption to your heating oil deliveries.  Aspects such as heavy snow, icy roads, storms and floods all have an impact on the time it takes to deliver heating oil to your homes.  This year, conditions could be harsher than before, as it has been declared by forecast centres that an El Niño has started in the tropical Pacific.

El Niño, simply put, is when a warming of the Pacific Ocean causes a shift in the dominant currents’ direction and strength, culminating in an upwelling of warm water around the west coast of South America, and is in fact the most powerful kind of fluctuation within the worlds climate system (occurring approximately every two to seven years).  A substantial amount of heat becomes released into the atmosphere, which causes disruptions to weather patterns all around the globe.

The last El Niño occurred in 2010 bringing an average change to the UK’s temperature of -1C, making it the coldest December in records dating back 100 years.  Motorists struggled with driving conditions, due to the vast amounts of ice and snow on the roads, and in some areas, people went without power.

Now it is still unclear as to how much the UK will be affected this coming winter, but it would definitely be a wise decision for you to stock up on your heating oil well in advance!  The last thing anyone wants is to be stuck without heating, especially over the Christmas period.