Fracking in the UK

Fracking in the UK 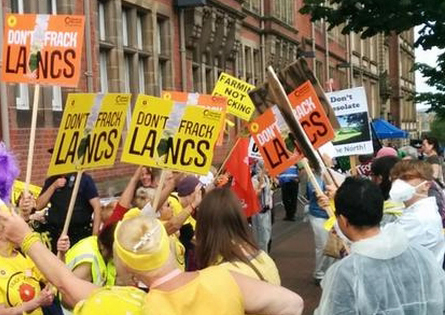 Here in the UK, we are passionate about the protection of our environment and heritage sites, and this is something very close to our hearts at HomeFuelsDirect.  This includes areas, such as national parks, the broads and places of renowned beauty.  However, another of our major UK goals is to develop industrially, especially when it comes to the gas and oil sectors.

With this in mind, the UK Government has proposed some new regulations that will allow for shale fracking to take place in specially protected areas.  Although some restrictions still apply to the proposal, the UK Energy Minister Andrea Leadsom has stated that:

"We need more secure, home grown energy supplies, and shale gas and oil have a vital role to play - much better that we use what we have at home than relying on supplies from volatile foreign imports.”

Many people hold deeply opposing views on fracking due to the risks associated with the procedure, such as possible methane leakage, earth tremors, water contamination as well as the disruption it causes to the local communities.

A full-scale fracking site was also proposed to take effect in Lancashire by the shale gas explorer, Cuadrilla.  The Lancashire council deferred the proposal several times and after revised suggestions the matter was taken into public consultation, which has since led to a firm rejection.

It seems that wherever fracking is proposed there is always strong opposition that comes with it.  A developed shale oil and gas industry could certainly produce more jobs as well as increased energy security for the UK, however environmental issues created by fracking are indeed worrying to say the least.